A Sample Of 'The Man Of Many Voices' Show 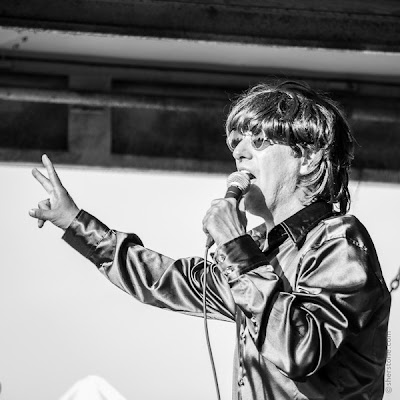 Johnny Vallis as John Lennon
'You've got to stand behind your name'
Brad Bird, Oceanside Star
A young John Vallis imitated his teacher one day and was sent to the principal's office.
"Why are you here?" the principal asked.
Little Johnny showed him, doing his teacher shtick. "That's really good!" the administrator said, and sent him home early, as the day was almost done.

Johnny Vallis, The Man of Many Voices, has been imitating people ever since -- Louis Armstrong, Dean Martin, Mick Jagger among them.
His Jagger tribute was a hit Saturday at the Sixth Annual Whiskey Creek Music Festival at the Coombs Rodeo Grounds, where the crowd was sparse but enthusiastic.
It loved his Rolling Stones impersonation, one of his stock-in-trade acts. But there was also John Lennon ("Give Peace a Chance"), Gordon Lightfoot, Neil Diamond.
"I have fun with the character," he said. "I don't make fun of them."
You've likely seen Vallis perform, as he's been at the Parksville Beach Fest a few times, the Grey Cup game, around the world in fact with the Legends of Rock and Roll, when he sang for the king and queen of Malaysia.
That last gig was years ago.
For the 35-year-old Victoria musician, this is a mellow part of his career. He's a dad now, with a two-year-old son named Layne, named after his friend the great Frankie Laine, who died a year ago. They'd been friends for two decades.
The same boy who was sent to the principal's office had the pluck to write to Frankie Laine, who at the time was in his 70s, still going strong in the revival circuit. Young Vallis sent him a tape of his early efforts.
"Frank phoned me to say, 'Keep at it, and call me any time'," Vallis said. He took him up on that. Breath control is vital to a performer, and Vallis credits his fine control to the help he received from Laine, known for "Rawhide" and other hits.
Vallis, which is his real name, writes liner notes for CDs put out by a German company, Bear Family Records. Buddy Knox ("Party Doll") and Ray Peterson ("Tell Laura I Love Her") are two of his subjects so far.
"Things could be better," he says, relaxing Saturday after his first of two shows. "Things could also be worse. You've got to be content. I've had a 20-plus year career as a musician. I think everybody wants stuff. But I've always had what I need."
"In the long run you've got to stand behind your name. Going from being a tribute artist to using your own name is quite a jump."
He typically walks three hours a day, both because he likes it and because it keeps him fit for his act.
At one point he saw a doctor, worried that he was slimming down too much.
Walking 12 or more hours a week will do that, his physician said.
Vallis smiles. He's got what he needs.
© Oceanside Star 2008
Home
Subscribe to: Posts (Atom) 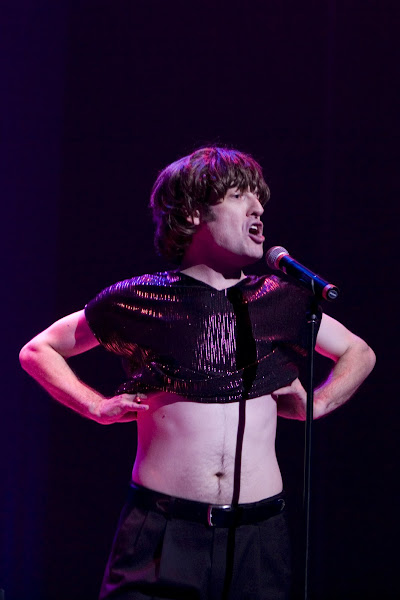